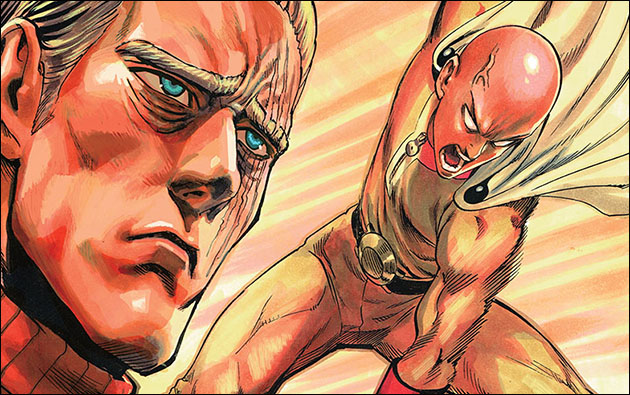 For every superhero that dominates the story they are involved in, there needs to be somebody perfectly unequipped to deal with danger, and in need of constant rescue. Today, we will honor these unsung heroes who, without their presence, would force a majority of heroes to take up part-time work to pay their bills. Cowards in anime are just as prevalent as in any other media. Whether they are fearful of monsters, criminals, or contact with the opposite sex, here are ten cowards we can’t help but feel sorry for. 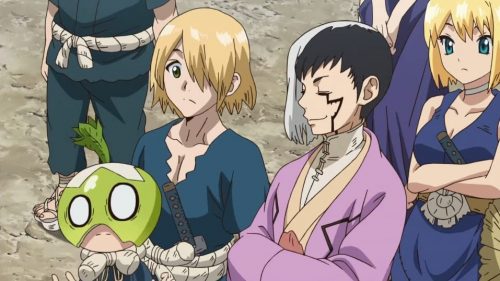 Ginro is not inherently a coward. However, due to his fears playing such an integral role in the story of Dr. Stone, we felt his inclusion was justified. Ginro’s fear of the acidic waters almost results in the death of not only Senku, but his long-term friend Chrome. Luckily, Ginro finds his resolve and races to the rescue, saving our heroes from imminent disaster. After this, Ginro rarely falls into the cowardly tendencies he had prior. Sure, on occasion he may look a tad worried at one of Senku’s hair-brained schemes but, in all honesty, we can hardly blame him for questioning such a mad scientist.

9. Usopp from One Piece 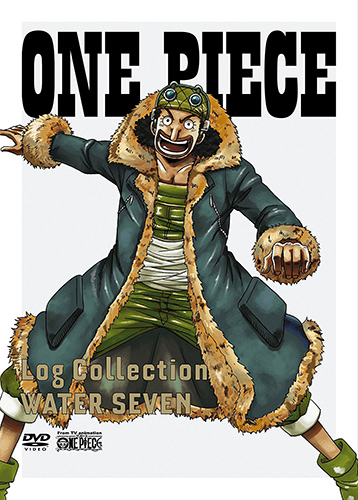 Usopp, even though he had to place on this list somewhere, falls into the lower bracket due to his growth over the series. The original Usopp is not the same man that we witness in recent One Piece, and neither of these two can hold a candle to Sogeking let alone God Usopp. It seems Usopp only manages to find his backbone after entering into one of his many alter egos. Regardless, he still finds a way to cling to Chopper at the advent of any emergency. Usopp, although cowardly, does however step up when he is called upon. Perhaps Usopp is the bravest of us all; able to push through his cowardice in order to do what is right by his friends. It’s just a shame we have to sit through all the knee-knocking and nail-biting to get to that point!

8. Armin from Shingeki no Kyojin (Attack on Titan) 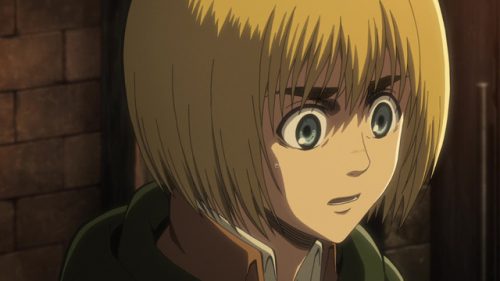 In a world infested with monstrous titans, only the strong can survive. Attack on Titan boasts a wealth of entertainingly strong powerhouses. Eren, the series protagonist, is not only overflowing with burning hatred but also has the ability to transform into a titan to expunge so of that pent-up anger onto his enemies. Mikasa, alternatively, is cool, calm, and collected in everything she does; effortlessly dispatching titans wherever she goes. And Armin...well...Armin is...there. Armin does very little in the early stages of Attack on Titan’s narrative. While Eren may not be as strong as Mikasa, he makes up for this with his suicidal hatred of the titans, running in to fight them whenever he gets the chance. Armin, on the other hand, is the friend who holds the bags while the rest of you ride the Nemesis Inferno at your local theme park. Armin spends most of his time hiding from the titans or crying over the poor hand he has been dealt. He gradually leaves this bubble over the course of the five seasons but it is not an easy journey to reach that point. 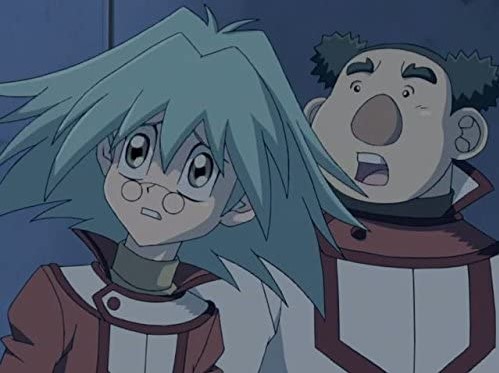 Syrus is the less than impressive younger brother of Duel Academy’s answer to Paul McCartney; Zane. Forced to live in the lowest rung of Duel Academy’s food chain as a Slifer Red (alongside his friends Jaden and Chumley), Syrus spends most of his time cowardly running from any and all confrontations he meets. As the story progresses, he continues to not only awkwardly stumble through any duel he takes part in, but actively becomes a hindrance to our heroes when he is constantly captured (forcing Jaden to worry not only about winning a duel but saving his friend as well). Syrus’ cowardice goes so far in fact, that in the 4Kids dubbed version of the show, an entire subplot revolved around Syrus’ fear to play the card Power Bond. The card in question will deal damage to the player’s own life points based on a variable stat increase and Syrus always finds himself killing himself by misplaying the card. However, all it would take is one simple calculation to deduce whether the card would inflict lethal damage, but Syrus seems to be too busy crying in Zane’s shadow to ever update his glasses prescription. 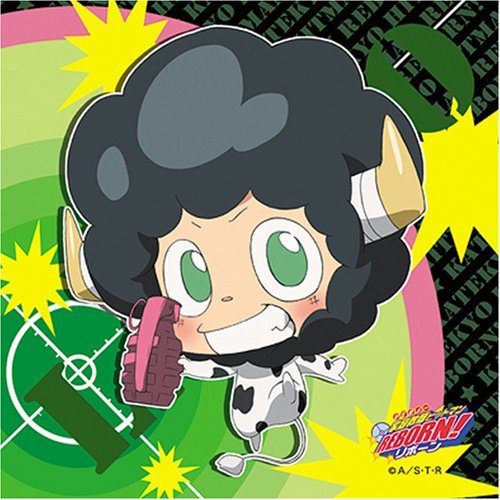 Lambo is an odd case. Our first introduction to the “stupid cow” is with his childhood self, no older than a kindergartner. You might think that it is a little unfair to place a five-year-old on this list but we’ve done so for good reason. You see, Lambo is in possession of something known as the “Ten Year Bazooka”. When he enters the device, he is replaced by a version of himself ten years older. Sounds great, right? Whenever Lambo is in trouble, he can pass the reins to someone more competent. That’s exactly what we assume would happen after meeting fifteen-year-old Lambo. This suave and sophisticated teenager strikes a huge difference to our beloved cow. Unfortunately, as witnessed during his fight against Leviathan, despite his outward appearance, Adult Lambo is just as much a crybaby as his toddler self. Nothing but a front, it would take another ten years for Lambo to grow out of his cowardice. The brief interaction we have with twenty-five-year-old Lambo shows that he has outgrown his immaturity and became an emotionally stable adult. Better late than never.

5. King from One Punch Man 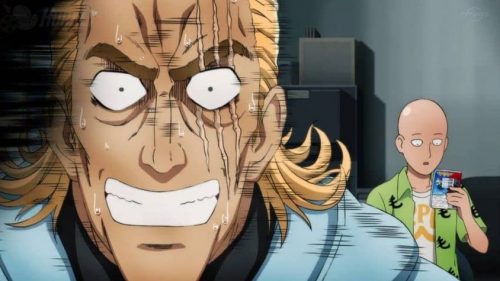 We know what you’re thinking. How in the world could “The strongest man on Earth” and the Rank 7 S-Class Hero place so highly on a list about cowards? Well, for those who have yet to witness King’s true identity; prepare to be thoroughly disappointed. King somehow rose to fame after people misunderstood the extent of his powers. His “King Engine” (a loud echoing sound perceived whenever King gets serious—often causing his opponents to surrender on the spot), is nothing more than his heartbeat increasing out of fear. King’s presence near these assailants and several defeated monsters killed by other heroes, has resulted in King gaining his now-infamous reputation. After meeting with Saitama, King confesses that he is ultimately powerless and living a lie. The two bond over their love of games (the only realm where King possesses an ounce of strength) with King acknowledging Saitama’s unrivaled abilities (similarly to Genos). King should be fine in the near future especially with Saitama by his side. However, there will surely come a day when someone refuses to back down in his presence. We hope that, should this day ever come, Saitama is not too busy grocery shopping to lend a helping hand. 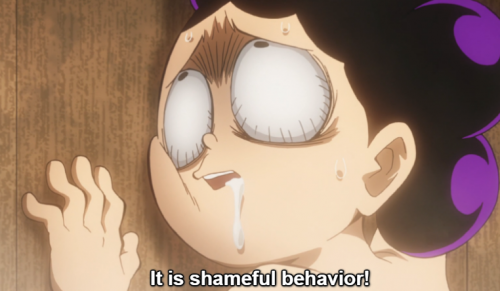 It truly is a wonder how Mineta managed to slink his way into the A-Class of U.A. We have seen in this most recent season of My Hero Academia just how powerful some of the B-Class members truly are. So, it begs the question; just how much money did Mineta bribe the Headmaster with to secure his placing amongst Deku and his pals? Mineta is afraid of any and all forms of confrontation. Actively crying whenever an altercation occurs between heroes and villains, he uses his free time not to train his lackluster power, but to spy on his female classmates. Mineta has shown on occasion that his power is not inherently useless. However, his very little screen time when compared to series staples like Bakugo, Todoroki, or even Kirishima, has left us less than impressed. 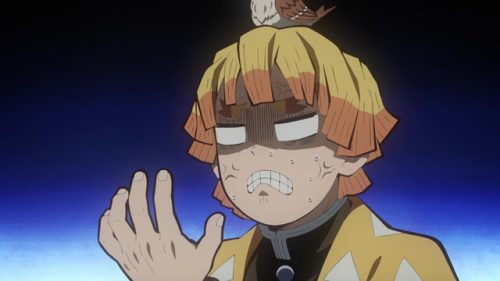 Zenitsu falls into the category of cowards who have yet to have a redemption arc. While several other cowards on this list have shown at some time or another their ability to overcome fear, Zenitsu has yet to do so (while awake, that is). You may be wondering just how such a cowardly child managed to survive the Demon Slayer exam, an invasion from several powerful demons, and even one of the twelve Kizuki. Well, Zenitsu has quite the unique power. While conscious, he’s about as useful as a pot of hair dye for Inosuke. However, when slipping into an unconscious state; either through fainting or falling asleep, Zenitsu allows his true power to burst forth. Zenitsu struggled to master the techniques of his lightning breathing style. To combat this, he decided to learn all but one technique and master it to perfection. Sleeping Zenitsu allows us to witness the extent of his power and he cements his role as one of the most powerful Demon Slayers around. It’s just unfortunate that he returns to a crying baby yearning after Nezuko whenever he wakes up! 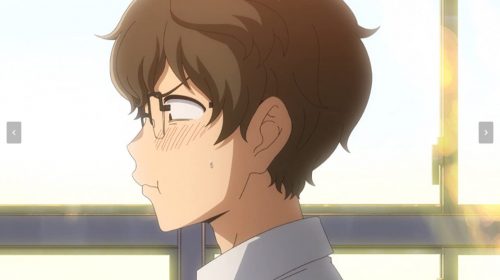 Whether it be allowing himself to be put in a dog collar or having his head almost shaved bald, senpai just can’t seem to grow a pair and stand up for himself. Constantly teased by not only Nagatoro herself, but by her underclassmen peers; watching senpai be made the butt of so much teasing is both painful to see play out and utterly hilarious all at the same time. It goes without saying at this point that, in order to have such a dominating presence, as Nagatoro steals the show, her love interest would need to be someone inferior to her in every way. Senpai slides into this role quite nicely and finds himself not only unable to refuse any of her demands but unable to confess (or even realize) his feelings towards her. At least both protagonists fall into the cowardly category in the latter regard. Nevertheless, Senpai is certainly a coward we cannot help but love. While many other characters on this list run fleeing from demonic monsters and heinous villains, Senpai has come to understand the only truly scary thing in life is confessing to a woman. We can all relate to that, can’t we? 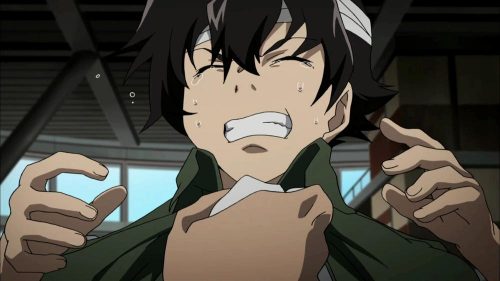 Yukki is a coward who finds himself out of luck when forced to compete in a deadly survival game. Luckily, his stalker and pseudo-girlfriend, Yuno, is always ready to help him through any ordeal. It’s hardly news that the early episodes of Mirai Nikki adequately showcase Yukki’s cowardice. He runs screaming from almost every enemy he encounters (one of which being a literal child), before relying on Yuno to save the day once again. His demeanor shifts drastically, however, after the death of his parents. After this event, we are reintroduced to a more confident Yukii during the survival game meeting. With Yuno on his arm, he laughs in the faces of his opponents. Finally, we’ve reached the point where Yukii can start standing up for himself! Finally, we can see why he was chosen to compete against such talented killers. Finally, we can—oh great, he’s crying again. His newfound confidence being nothing more than a front, Yukki continues to provide the show with its daily quota of tears. Thankfully, Yuno is there to pick up the pieces.

So, these were some of our favorite cowards in anime. Many of these characters come to outgrow their cowardice or will do so in the near future. Nevertheless, fear is a part of all our lives and it is nice to see it emulated through these characters. We all get scared sometimes. It’s difficult not to awaken some level of empathy for these wimps! Who is your favorite anime coward? Let us know down below!