When a 20-Year-Old Returns Home

My daughter, Kate, arrived in the world on the first vernal equinox of the new millennium—a healthy, full-term baby born under a full moon. As a nursing infant, she spent her first Thanksgiving in Tallahassee, in the thick of the 2000 Florida presidential recount. As a toddler, she experienced the 9/11 attacks in Washington, D.C., and the nanny of one of her playmates was killed by the D.C. sniper that same fall. She has lived her whole life in the shadow of momentous, tumultuous events.

But perhaps nothing could have prepared her for the current pandemic, its shattering impact on the world, or its mundane and achingly uncertain implications for her future. She is a sophomore at Barnard College now, and on March 11 she came home to Los Angeles for spring break three days early as the coronavirus spread through New York City. The next day, Barnard announced that classes would go online for the rest of the year, and the day after that came word that she had to get her belongings out of her dorm room by the end of the month but should not return to Manhattan to do so.

Kate has led a fortunate, even charmed, life. Because of my career as a journalist and her mother’s as a former White House press secretary, political consultant, and Hollywood studio executive, we have the luxury of working from home, and the financial resources to help weather this storm. Though we have lost friends to the virus, we are healthy.

But none of that masks the reality that Kate’s world has shrunk to the size of her bedroom. In a flash, the daily life of the confident, privileged young woman who’d thrived at school, haunted Broadway stage doors, mastered the New York subway, and, yes, discreetly flashed a fake ID in the bars of Morningside Heights was upended indefinitely. She and the rest of us—my wife, Dee Dee; Kate’s 16-year-old brother, Stephen; and I—have been adjusting ever since. I sat down the other day with the thoughtful, articulate 20-year-old daughter I first held when she was barely more than 20 inches long to ask what she—and, by extension, her college generation—is making of this moment.

“One of the hardest things has been going—and for better or worse—going from being independent to suddenly living in my childhood bedroom again,” Kate told me. “I would go to the dining hall or I would cook for myself, but I would be on my own to secure three meals a day. And I would do my own laundry—and wouldn’t have to do other people’s laundry!” (We’ve all taken strict lessons in sorting darks and lights—and folding—from Dee Dee, whose standards are the crisp ones of the Navy pilot’s daughter she is.) The monotony of quarantine is real, and wearying. “Partly it’s not being able to see anybody who’s not in my immediate family. You know, we all have lunch together, the four of us, almost every day, and that’s totally different from anything that would have happened at school, and it’s never even happened since I was maybe 5 years old and on summer break.”

When Kate first left for college two years ago, I’d pause in mourning every time I passed the open door of that empty bedroom. Now the door is closed, and I have to remember to tread lightly and walk on by. It’s weird for both of us. “I love you guys,” Kate said, “but sometimes I’ll be writing a paper and one of you barges in to ask for help with so-and-so, and I don’t have a space like the library to go and sit and work, just have a little more privacy. I have my own bedroom, which is really great and lucky, but if I come out of my bedroom, then suddenly it’s like I’m fair game to be engaged in conversation.”

One of Kate’s first acts upon returning home was to post a brightly lettered sign on the bedroom door, listing her daily class schedule, with the injunction: “Please knock/text.” Since she’s not only taking online classes, but is 3,000 miles and three time zones away from her teachers, a schedule that she’d deliberately designed to require no commitments before 11 a.m. is now radically different on the West Coast. She’s  double-majoring in theater and history, and just stage-managed a student play on Facebook Live. But she’s far away from all her friends.

“Do you miss your friends?” I asked.

“What do you mean ‘Do I miss my friends?’!” she rejoined. “I think everyone misses human interaction that’s not with the people you’ve been stuck with for going on two months … I just miss having people who are going through what I’m going through. We’re all going through the same thing, but one of the hardest things for the transition has been that I’m the one who’s coming back. Everyone else in my house—you three lived here. What don’t I miss about my friends?”

Kate’s routine may have been altered the most dramatically, but we’ve had to reconsider ours too. We’re in her hair, and she’s in ours, and sometimes that’s just a pain in the ass. Once-unquestioned habits can suddenly seem uncomfortable. Since she was old enough to sit at the table and not in a high chair, family dinners together have been a vital and nearly inviolable part of our evening ritual—a fixture important enough to Kate that she wrote her college-application essay about it, beginning with a line from Mame: “Light the candles! Get the ice out!” So I asked her whether, with all our forced togetherness, the appeal of nightly dinners for four had faded.

“The only thing that makes them a drag,” she said, is that spending 90 minutes cooking, eating, and cleaning with us isn’t always convenient when she has a big paper due. At the same time, she’s reluctant to give up the tradition. “It’s one of the things that’s keeping us from going insane. Dinner has always been our family’s go-to thing, and sort of the rock and benchmark of how we’re doing.”

Kate’s growing independence has changed the very cooking of those dinners. I used to treat her as my reliable, eager sous-chef; now I’m too often a second-guessing would-be supervisor whose suggestions are not needed, or welcome. And perhaps more frequently than they used to, it seems to me, the meals include arguments—political, philosophical, existential, and sometimes just exasperated, on both sides. Kate is appropriately woke; I can be pretty sleepy.

This led me to ask whether Kate thought her mother, brother, and I can really understand what she’s going through. The future of college as we know it is in real doubt. Some schools have announced tentative plans for a return to campus in the fall; others envision the potential of at least another semester online. Life in cramped dorms and crowded cafeterias—not to mention clubs and concerts—may not be the same for a long time to come. “There’s a difference between being understanding and actually fully grasping,” she said.

But Kate’s concerns go well beyond the quotidian matters of home or dorm. She was looking forward to voting in New York’s presidential primary, which was first postponed and then canceled (though a federal judge has since ordered it reinstated). “I was really excited to vote for Bernie Sanders, even though he’s out of the race, but he’s still on the ballot,” she said. “And that bit of symbolism meant a lot to me in this moment—to be able to put my first presidential vote behind someone who I really believed in his platform and thought he was a really apt voice for the country in this moment. The health-care crisis in this country is more obvious than ever. And people who never would have cared or thought about it are forced to think about it now, which I think is good.”

I asked Kate if she was more anxious about her own health or her future, since she is planning on a career in theater, which depends on large numbers of people gathering together in public spaces. She told me that she’s less concerned about getting sick herself than about inadvertently making someone else sick if she’s an asymptomatic carrier. But she also worries that theater is “on hold, for the moment, in person,” with “no real clear path back.”

Of course, I also worry about what on earth a “path back” will look like, and Kate is too old and too smart for me to try to hide my own anxieties. That, too, is a twist on my old default posture of reflexive reassurance.

Kate is acutely conscious of her privileges—her health, her top-notch education, our family’s financial security. She cares about the effects of the crisis on public-policy issues she values, from climate change to income inequality. She knows that we’re among the very luckiest casualties of the virus, able to work from home and minimize our risks. She knows that hers is a first-world problem. But with the intensity of youth, she mourns her losses too as a reversal of the natural order and, in important ways, irrevocable. She has lost forever what amounts to about one-eighth of a normal college experience—and maybe much more. Barnard has not yet announced its plans for the fall, but it’s far from clear that classes will resume in person. If they don’t, Kate—and we—will have some big decisions to make about whether she should take a gap year, assuming that’s even possible. That uncertainty rattles us all.

“I wanted to go and live in New York and experience a different city and meet people in that city who also wanted to be there for the same reasons that I did,” she said. “Just when we all thought we were on our way, we’ve all been scattered back to our different corners, which I think has been really hard.” Everyone she knows knows someone who’s died from the virus; going back to New York, if and when she can, will feel anything but normal. “It’s just a really crazy way of having to live as a young person in the world. And to have to press play again on your life after it’s been on hold for so long—I think that is going to be a really weird and jarring thing, equally as jarring as it was to come home.”

“I just miss being a college student,” she said simply, “and making, you know, a fine but maybe mediocre dinner in someone’s communal kitchen. And having a sense of purpose.” 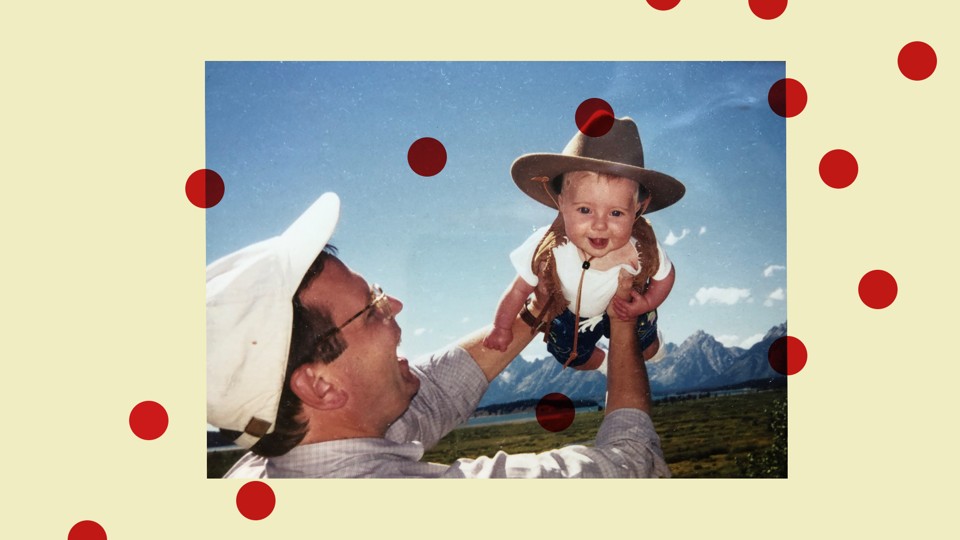