Has your summer been as busy as mine has? I think I'm even busier now than before the school year ended! As soon as school was out the hubby and I went to Hawaii (without the children!) We had a great time and the kids had a fun time with the babysitter for the first half and their grandparents for the second half. Then we spent all the next week on the boat because it's been hotter than Hades here. Has our weather made national news? (Oregon and Washington being hotter than Phoenix Arizona?) Lots of time at the lake because it's in the mountains...and it's 10 or more degrees cooler there.

This post is truly some odds and ends that I've aquired! I hope you enjoy!

First, a few months ago I was helping my friend Mel ID some clothes and dolls she had. She was going to sell some on eBay and told me to let her know if I wanted anything. Well, I took her up on that and I purchased the surfboard/mermaid tail for my Merliah doll from Barbie in a Mermaid Tale 2. In the movie she goes from mermaid to surfing superstar! 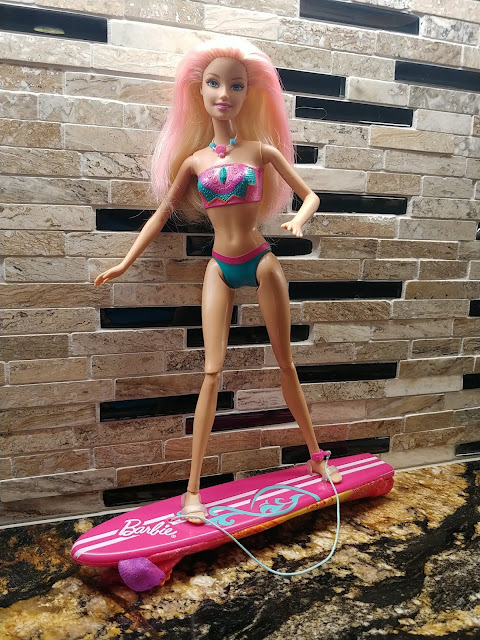 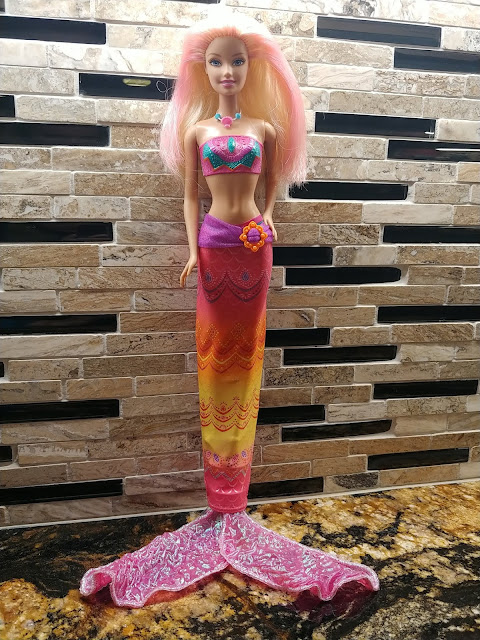 She is now proudly displayed in my bedroom in this surfer girl pose :) 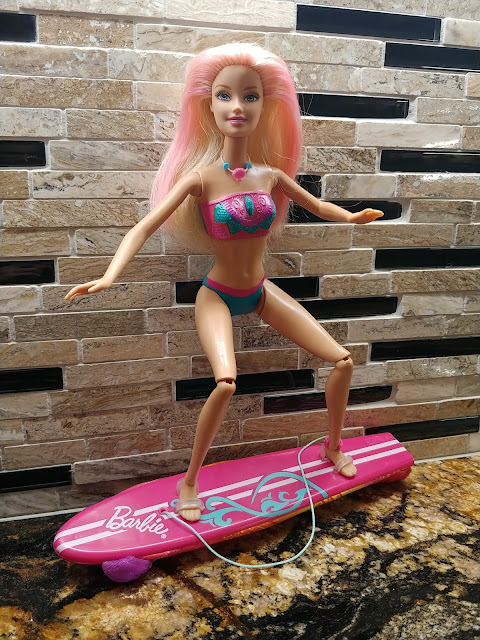 Mel also added in a little assortment of shoes with my purchase. Thanks so much Mel!

I was looking through my candle box in the garage and I found a peculiar box that didn't look like it had candles in it.

It had this in it. 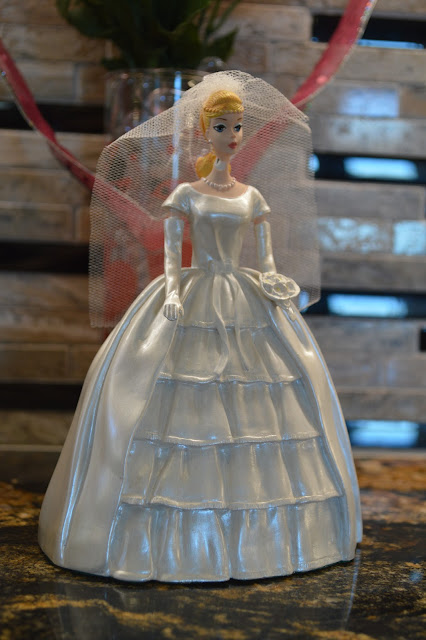 A figurine sculpted like "Bride's Dream" from 1963-1964. Her neck has been broken and the porcelain gone from that place but I had to take her out and display her. 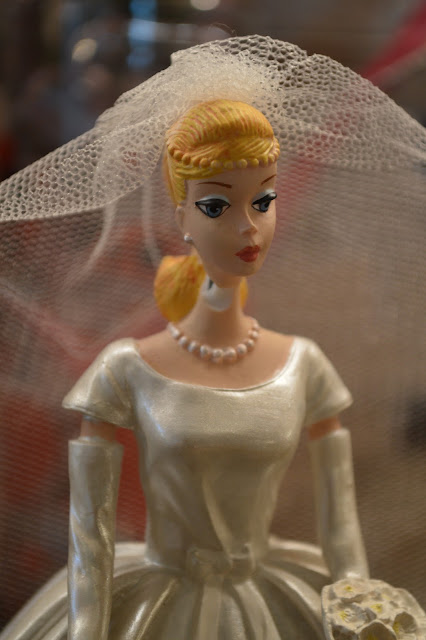 Oh how I wish I had all 12. I have no idea where I got it and my parents didn't remember either. I have no idea if it was a garage sale find or if I got it from a friend or what have you. But she's pretty and on my shelf. 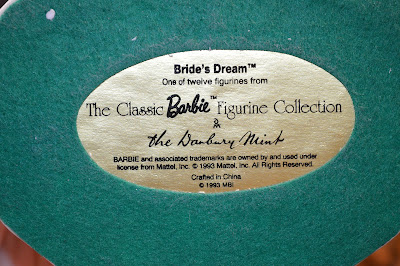 Have I posted this for you all? This is the Avon exclusive Barbie 2000 Celebrating the New Millennium Snowglobe. 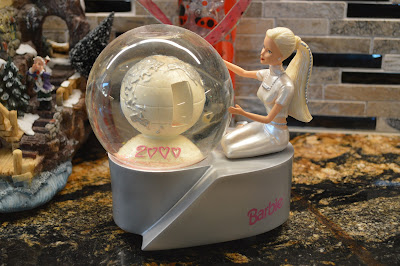 I just love it. It plays the song "Somewhere in Time" by John Barry. I try not to shake it as it gets cloudy from being so old but it has pink glitter in the globe. 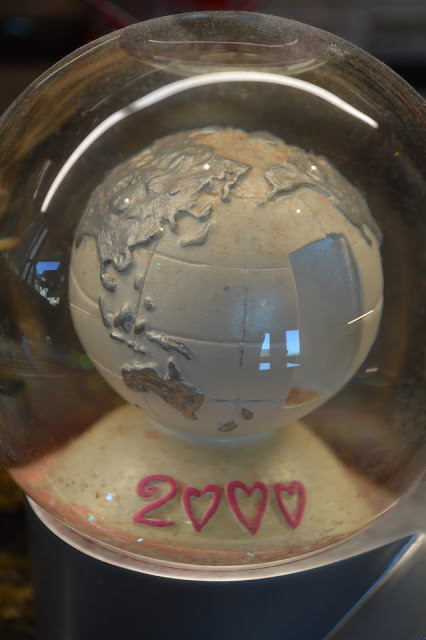 My mom gave me these Barbie eggs for Easter! 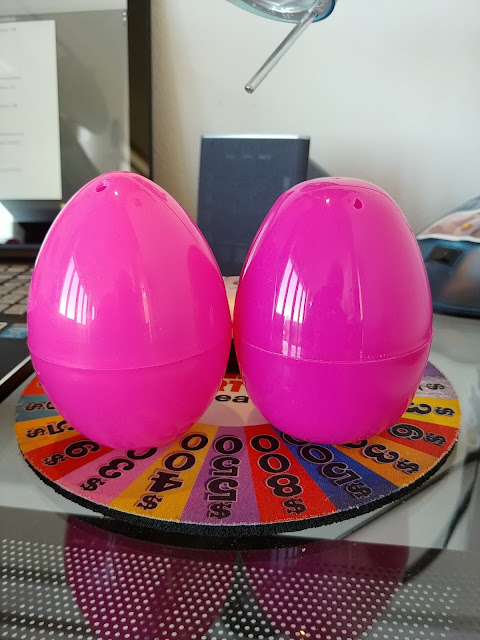 I didn't take a picture of them before I ripped the plastic off (and yes, I do have a Wheel of Fortune mouse mat!) One was Barbie pets. Came with some stickers and a cute little doggie. 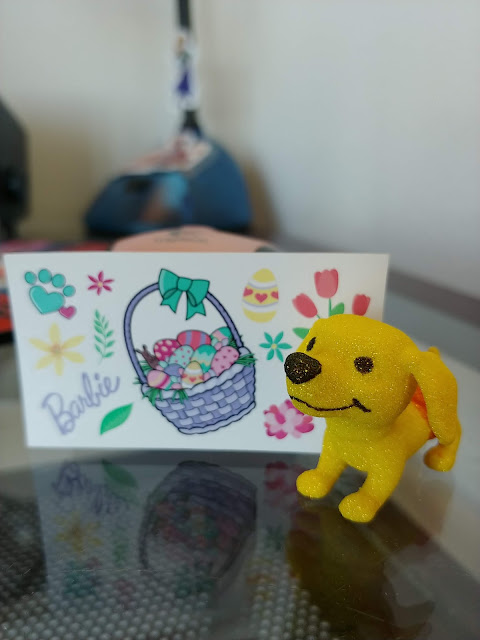 The doggie was all yellow sparkles and had indents where his features were. I just drew them in with a fine Sharpie. He has a lot more personality now!

And I guess I should say "she" as she has a little tutu on! 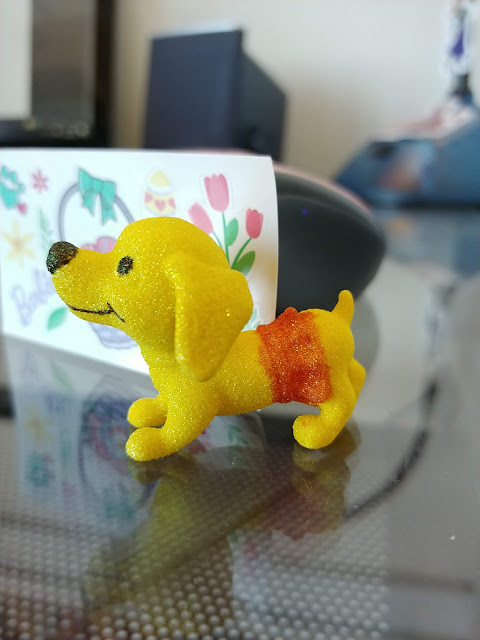 In the other egg was a little Barbie coloring book, crayons and stickers. I already started coloring them but I used colored pencils for a little more precision on those tiny pictures. 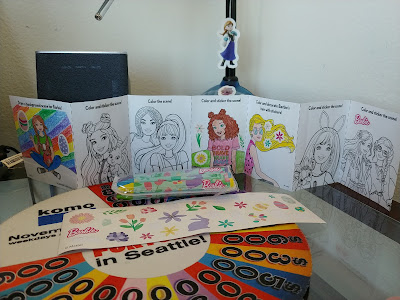 I also got some awesome Barbie fun finds at the Dollar Tree! Shoe Pack. 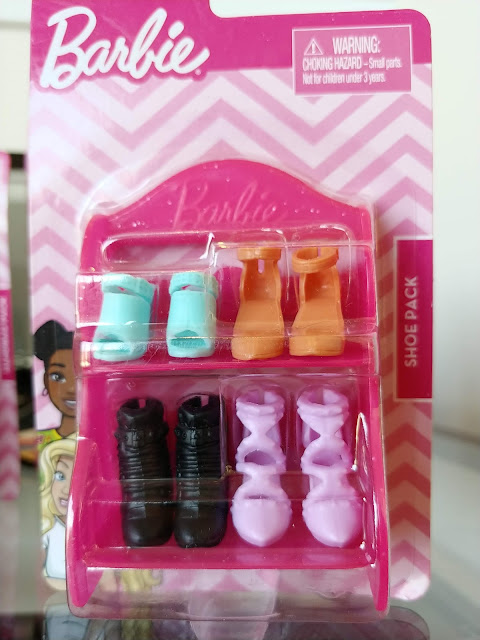 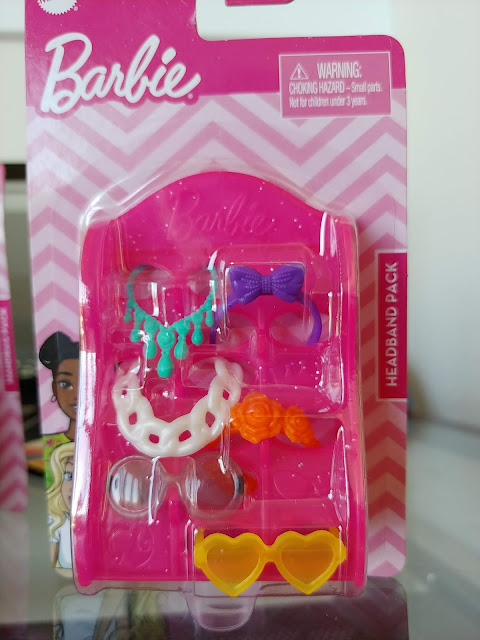 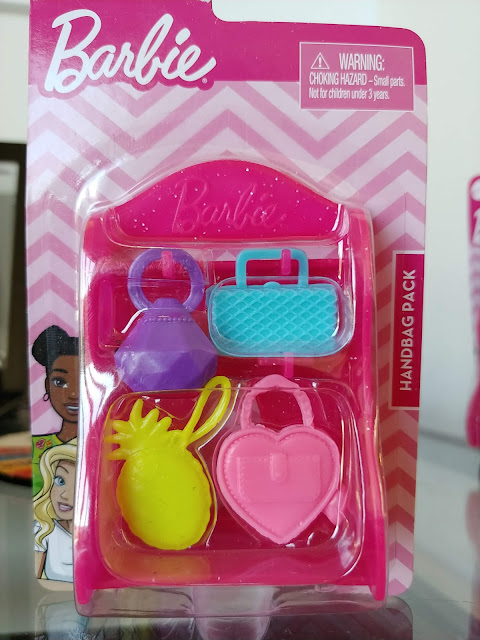 I loved how these packs came with their own little rack to put them on!
And more of the Barbie Minis! I have all the career ones but now they came out with ones from the Dreamtopia playline. 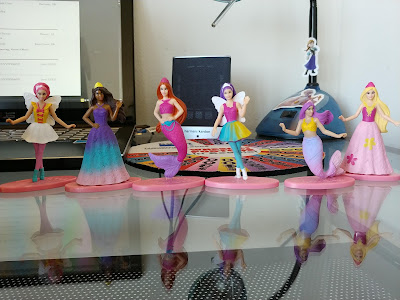 Look what I saw in the stores today! 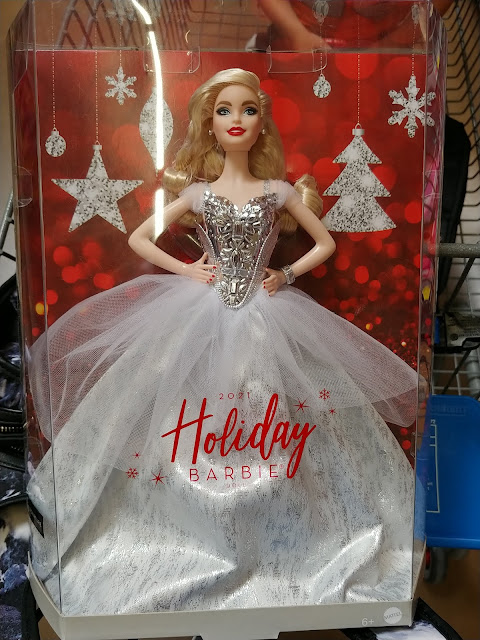 AA Version. She has braids! 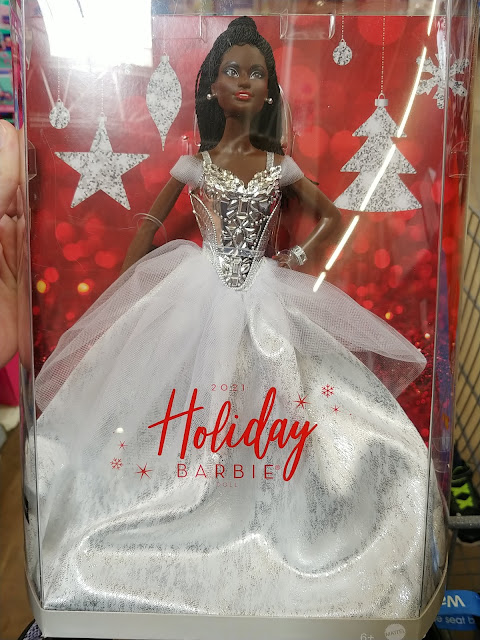 I did not see the Hispanic version. So here is the picture from the back of the box.

Someone mentioned that it is a Kira face mold. I can't really tell from this picture so I'll have to take a closer look when I can find a good picture. They aren't up on the Mattel website yet apparently.

And that's it for today! Hope you liked these Odds and Ends. Let me know if you picked up any of the Dollar Store Barbie goodies! Or plans to get the new Holiday Barbie! I'm in love by the way. I've always had a particular fondness for the Silver Holiday dolls.

Next time I have some Garage Sale finds I'm sure you are going to love! Until then!
Back to News
Use left/right arrows to navigate the slideshow or swipe left/right if using a mobile device