So many simple pleasures are gone, casualties of the pandemic. Baseball games. Live concerts. Summertime parades. One civic ritual that’s neither simple nor necessarily pleasurable is also withering under the virus’s spread: the presidential nominating convention as we know it. Starting next week, the parties will hold stripped-down versions of the quadrennial gatherings to formalize the Donald Trump–Joe Biden matchup, creating, perhaps, a template for the future. It’s been evident for years the conventions have outlived their original purpose; there’s never any real mystery as to who will come away with the nomination. Yet they’ve also produced surprising speeches and unexpected dramas that have upended the nation’s politics. Those sorts of moments could be lost forever if the conventions don’t return in more than minimalist form.

In some ways, the choreographed conventions of old won’t be missed. “They’re completely obsolete—they never matter anymore,” Susan Estrich, who ran the Democratic nominee Michael Dukakis’s 1988 campaign and has helped manage several conventions, told me. Brian Ballard, a Trump fundraiser, is every bit as blunt. “Conventions are going away, and this may be the beginning of the end of them,” he told me.

For safety, the parties are pushing much of the proceedings online. Biden won’t travel to Milwaukee, the Democratic convention’s host city, for his speech accepting the nomination. Trump still hasn’t revealed exactly where he’ll be for his own address during the Republican convention, but he’s been loath to let the virus trample his moment. His campaign anticipates a mix of videos and live events, culminating in an acceptance speech whose location has ping-ponged up and down the East Coast as his variable moods dictate.

This week, he teased that he’ll give the speech at either the White House or the old Civil War battlefield in Gettysburg, Pennsylvania, both settings that raise ethical questions about the use of public resources for a partisan purpose. (I was interviewing Walter Shaub, a former director of the U.S. Office of Government Ethics and a Trump critic, at the moment the president tweeted that he might give the speech at Gettysburg. “Holy crap! Oh my God,” Shaub said when I read him the tweet. “Gettysburg is a national park! Basically, a political party is seizing control of a public park if that happens.” Shaub’s old office issued an opinion earlier this week that Trump is legally permitted to give the speech from the White House should he choose to.)

[Read: How Americans became part of the Trump family]

Mary Trump, the president’s niece and the author of a new book about him, Too Much and Never Enough, told me that holding the event at a taxpayer-owned site might have to suffice for a president deprived of the thrill that comes with gazing out at a rapt audience. “He acts like a toddler,” she said. “It may not be as fun or gratifying for him, because he won’t get the energy from the crowds. But it will mean that he’s pulling rank … And that will be fun for him.”

Faulting Trump for his insistence on a camera-friendly show at the expense of long-standing norms and, possibly, federal ethics laws is easy enough. But while the scale and audacity of Trump’s plans surpass that of his predecessors, the political world has long used the conventions to maximum advantage.

Starting with their birth in the 1830s, the conventions were primarily tools for party bosses to pick the nominees. The delegates at the 1924 Democratic convention in New York City took more than 100 ballots to settle on a candidate. Reforms passed after the 1968 conventions forced delegates to vote according to their state’s primary results, democratizing the method of determining the winners. From that point on, a delegate’s main role has been to ratify a preordained nominee.

“People talk as if ‘Jeez, maybe Bernie Sanders will get the nomination after all,’ or ‘What do we do if the convention is gridlocked?’ Come on!” says Byron E. Shafer, a University of Wisconsin political-science professor who wrote about conventions in his book Bifurcated Politics. “The same people might as well believe that Ulysses S. Grant is about to return and be president.”

Over the years, the conventions have become over-the-top vehicles to reintroduce the ticket and showcase rising political talent. Hollywood inspiration and corporate money have combined to keep the audience enthralled while delivering the nominees a polling bounce. The producer of the Super Bowl halftime show has helped stage Democratic conventions for years. Movie executives have produced the polished films “introducing” the candidates. Most Americans probably didn’t realize that when Bill Clinton called himself the “comeback kid” on the night of his nomination in 1992, the line had been suggested for him by an old friend, Linda Bloodworth-Thomason, who’d gained fame by creating the hit TV shows Evening Shade and Designing Women.

All the extravagance isn’t cheap. Over the years, the parties have enlisted big businesses and lobbyists to help underwrite the show, injecting whiffs of influence pedaling. On the sidelines, banks, retailers, and other well-heeled groups host parties during the conventions to forge closer ties to people in power.

COVID-19 could permanently put an end to the four-day spectacles if this year’s experiments work out. A virtual convention is, at some level, political operatives’ dream, because so much more is under their tight control. Logistics aren’t as messy, travel costs not nearly as high. Elaine Kamarck, a Democratic delegate from Massachusetts, told me she’s already voted virtually for the party’s platform and rules, and cast her ballot for Biden to be the party’s nominee. “A lot depends on how these two conventions look and how many viewers they attract,” said Kamarck, a senior fellow at the Brookings Institution and the author of Primary Politics. “If the conventions are really well produced, then the traditional in-the-hall cheering may not come back.” On Wednesday, the third night of the Democratic convention, many Massachusetts delegates will be watching the action not in Milwaukee, but on a big-screen TV at the old Suffolk Downs horse-race track in East Boston.

Fewer people in attendance means less can go wrong. A running drama before the 2016 Democratic convention was whether Sanders supporters would try to embarrass the nominee, Hillary Clinton. And indeed, they did. When the Vermont senator implored his supporters to elect Clinton during a speech, they booed.

Nothing like that should unfold when Democrats meet next week. Only a couple hundred people are expected in Milwaukee, down from the tens of thousands that the party had anticipated before the coronavirus took hold. No state delegations will be coming. Wisconsin officials will call the convention to order and deliver speeches live from the Wisconsin Center. Production crews will package feeds and send them out to TV audiences. For the nominee, the upside is “you don’t have to listen to dissident delegates—they’re all at home,” says Shafer, who has attended every convention since 1980. “They can’t mount a counter-demonstration—they’re not there. They can’t walk out—because they can’t walk in.”

Gone too, though, is the raucous interplay between the party speakers and the crowd. While Trump may well get his grand backdrop, he won’t be able to re-create the thrill of an arena audience chanting “Four more years!” before the balloons drop. Tamer livestream events could also drive away the TV audience he craves. Whatever pitch he makes to undecided voters—if he even makes one—won’t matter if no one is watching.

“Do you really think the people in the middle are going to turn off Hulu and Netflix and YouTube and say, ‘I want to hear another Trump speech from the White House castigating Biden’? No,” Estrich told me. “And Biden? Let’s face it. He has many strengths as a leader; a memorable speaker is not one of them. He’s given two acceptance speeches at conventions. Can you remember a single line?”

Should the conventions permanently fade, would-be stars could miss their chance to launch. A fair argument can be made that Barack Obama wouldn’t have become president had he not delivered his memorable keynote speech at the 2004 Democratic convention. (“There’s not a black America and a white America and Latino America and Asian America—there’s the United States of America.”) And the nation’s shared political lore will inevitably suffer. Hard as the organizers work to stave off unwanted drama, reality always intrudes, revealing some important truths about the fraught state of our politics.

When Senator Ted Cruz of Texas spoke at the 2016 GOP convention, he was booed for not endorsing Trump—an episode that drove home the bitter divide that Trump’s GOP takeover had spawned. (Cruz and Trump would later set aside differences and become allies.) When Bill Clinton gave a 35-minute speech at the 1988 convention, cheers rose up when he announced he was nearly done. The cold rebuke may have made an impression: Four years later, he won the presidency partly on the strength of speeches that appealed to voters struggling through a recession. In a blow to party unity, a defeated Ted Kennedy refused at the 1980 Democratic convention to give President Jimmy Carter what he wanted: a photo of the two standing together onstage, hands clasped and raised high.

“I would hate to lose the theater of politics, which is so important to keeping people captivated,” Mike McCurry, Clinton’s former White House press secretary, told me. A virtual convention may be safer. It may be cheaper. It may be the future. But it will be inescapably more bland. And we’ll be poorer for it. 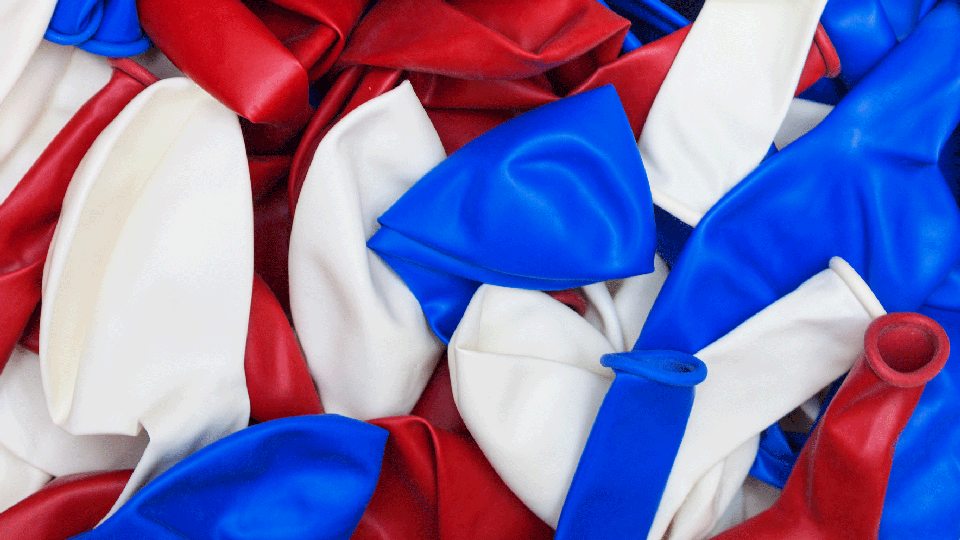