Pro Gamers On Turning Their Passion Into A Profession 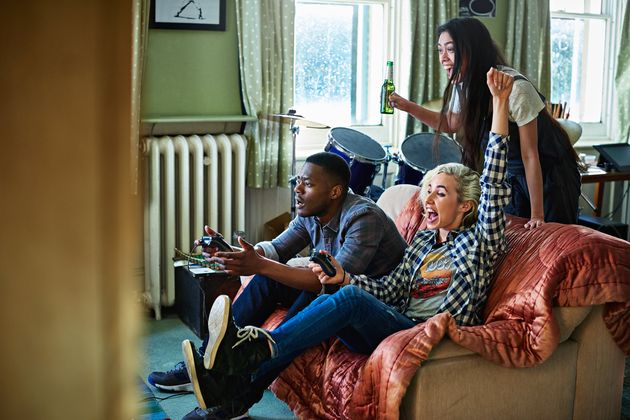 Gaming emerged as a true lockdown victor, with consumers spending a record £7bn on mobile games and consoles in 2020 in the UK. The rise of online games such as Fortnite has taken it to a whole new audience and encouraged new players to take up consoles and try out mobile apps.

The demographics of gaming are also changing. Female gamers are on the rise, and in 2020, they accounted for almost 41% of all gamers in the US.

And if you now think of gaming in a new light, you’re not alone - with plenty of ways to turn gaming from a fun hobby to a professional career. There are various different paths to explore, from playing esports professionally to content creation to turning your passion for gaming into an entertainment platform.

We chatted to three gamers in the UK and the US about what it takes to make gaming your career, and a couple of themes emerged. A love of gaming is key, as are discipline and persistence. Oh - you’re also going to want to make sure you have a superfast, super reliable broadband - such as Sky Broadband Superfast. 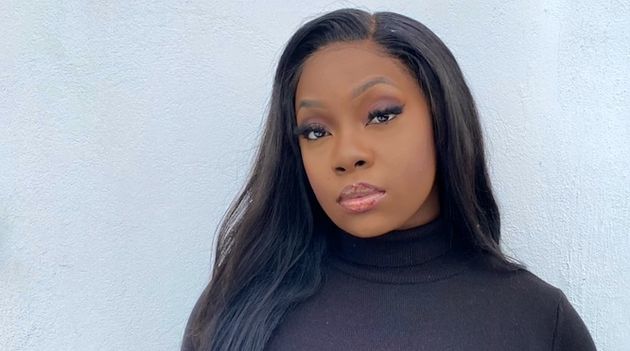 Stephanie Ijoma has been gaming since the age of four, and turned her childhood passion into a career that sees her wearing lots of hats: as a gamer, gaming and DEI consultant, content creator, events producer and founder of NNESAGA, a leading gaming and entertainment platform in the UK which champions diversity and inclusivity to ensure representation and opportunities for black and minority gamers in the industry.

Ijoma’s varied career has seen many highs, from ensuring black British gaming content creators are part of Next Gen console launches (something she did with her friend, The Nerd Council’s Timi Abayomi-Ofarn) to consulting for Sony Playstation and Xbox. Ijoma has also partnered with Elgato and collaborated with Google.

“Gaming has always been my escape, my comfort. It allows me to be in my own world when life gets a bit too much,” Ijoma says.

“You could say birthing NNESAGA saved my life at one point. I created NNESAGA off of the frustrations of trying to get into the games industry. I decided to build my own platform and here we are six years later.”

The right tech setup - from reliable broadband to Elgato products like ring lights and capture cards - has been critical to Ijoma’s development as a gaming pro. Reliable broadband ensures your play isn’t interrupted, and you never miss a critical moment in the game. The passionate gamer recommends it “so that you are able to experience minimal lags whilst streaming and gaming online with friends.”

Ijoma believes success in the industry comes down to the right balance between fun and work.

“You need to have purpose, dedication, balance, focus and passion. At the end of the day, gaming is supposed to bring out the big kid in you.

“Remember why you first stepped into this and keep that as your core thought process throughout your journey. The best advice I would give to someone or anyone is always: IMPACT OVER NUMBERS,” she says. 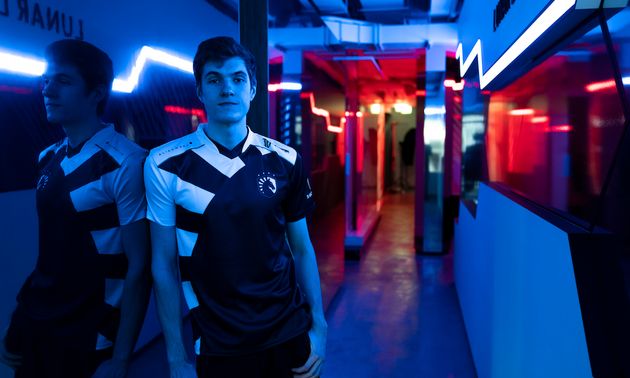 Barney “Alphari” Morris, Team Liquid, League of Legends: “You Need A Base Level. It’s Not For Everyone, Honestly. You Need To Be At Least Good At The Game, Before You Can Consider Going Pro”

Barney Morris, aka Alphari, is a British League of Legends pro currently playing in the top plane position for Team Liquid. He started gaming as a child, had his first go at League of Legends aged 13 and turned pro at 17. He credits “playing a ton, watching videos and watching the LCS” for helping him improve a lot in his early teens - he was one of the top 200 players on the server aged 14.

“It was mostly just a hobby at first, then I started playing team games in ranked mode online. And that introduced me to thinking about it more as a profession,” he says. From the age of 15, he started travelling around the UK to play the game competitively, meeting teammates in real life. Morris looked to older players like Maxlore, whom he credits as a mentor of sorts, for tips and advice.

As Morris progressed in his professional esports career, his set-up has evolved as well. He recommends investing in a better monitor if you can, noting that there’s a big difference between 60Hz and 144Hz, glasses to protect his eyes from the screen as well as a mouse bungie - so his cords are a specific distance from the screen. He also has a pro headset and mic for clear communication with his teammates.

“Ultimately, the most important thing you need is a computer and a good internet connection. If you have bad internet, if you’re lagging, then it’s just not going to happen - it’s just going to be super frustrating for you.”

Find out how super reliable Sky Broadband Superfast can keep your home connected...

In terms of the personality traits needed to turn esports into a career, Morris believes the ability to be self critical, as well as putting in the required time and effort, can make a huge difference, describing himself as “driven” and “addicted.”

“League of Legends takes so much practice to really master and understand very deeply. It’s a matter of putting in the hours as well - a lot of it is understanding each little interaction between different items and characters, and remembering them.

“There are thousands of people who want to just play the game as much as you, and they want to play professionally. And you’re in direct competition with these people. So it’s all about the small things that you can take away from these games and improve on, the things that other people are being lazy about,” Morris advises. 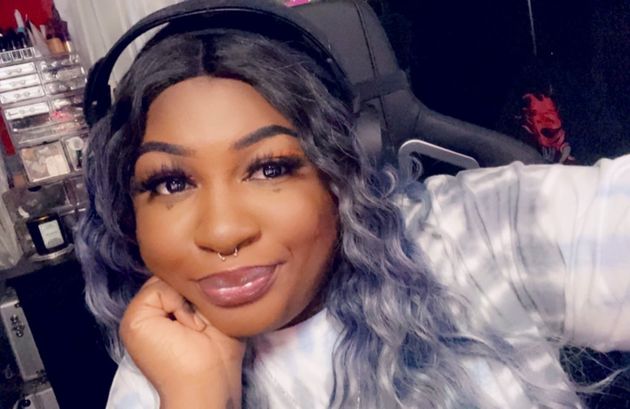 Danielle “Ebonix” Udogaranya: “When It Comes To Making It As A Gamer Professionally, Find Your Niche And Establish A Brand. Some Of The Most Successful Content Creators Have Something About THEM That Sets Them Apart From Everyone Else”

Danielle Udogaranya left her job in social care in 2019 to pursue streaming on Twitch full-time: known as Ebonix/EbonixSims, she is a passionate content creator in The Sims community, known for creating inclusive hairstyles and clothing to represent Black Sims gamers.

“Between working full time in the special educational needs and disability sector, I taught myself how to create 3D hair models, make them compatible for The Sims and share them amongst the community to bridge the gap between the game and accurate player representation. My motivation has always been creating an equal balance of representation in the game, and this desire has grown outside of The Sims, where I’m aiming to tackle representation in all games,” she says. Udogaranya’s work comprises 3D modelling, playing and using reliable broadband to help build communities across the globe -  something she’s been training for since banging on her dad’s Atari as a toddler.

Her set up is important: as a PC gamer, Udogaranya needs a good PC so that she can stream without lag - she uses an NVIDIA 3090 graphics card, 64GB RAM and an Intel i9 processor, as well as extensive storage drives and two monitors with quick response and high refresh rates (1ms/144Hz). An Elgato partnership provides a range of tools like capture cards, key lights and a Wave 3: Mic for noise suppression and quality sound.

“I’ve also found it really essential to have a reliable and stable internet connection for online gaming, streaming and downloading games (and their accompanying updates). The lower the ping and the higher the upload and download speed the better,” she advises.

One of the secrets to Udogaranya’s success is hard work - it took five years to start to see the fruits of her labour, which include being the first black UK woman Twitch ambassador, a direct collaborator with The Sims (she worked on new creating skin tones and hairstyles for the game) and raising £18,000 for charities through her gaming. Having reliable broadband hasn’t just helped with gaming; it’s been a part of her community-building, too.

“I co-founded Black Twitch UK, so that it would be easier to connect with and find more black streamers in the UK and provide a platform to uplift and highlight them within a space where they are often looked over and under-represented when it comes to opportunities,” she says.

Udogaranya also believes in the importance of routine, time management and consistency. When it comes to finding success as a gamer, she thinks it’s all too easy to worry about something and strive for perfection before you’ve even tried. She recommends diving in, learning as you go and not getting distracted by others.

“Worry about your own lane and what you’re doing. It’s easy to get caught up watching what everyone else is doing and wonder how they’re progressing. Your time will come - manifest it and put your heart into it. And in everything you do, make sure you enjoy it and do it for you,” she says.

Turning your passion for gaming into a profession needs commitment, but it also needs reliable broadband. Find out how super reliable Sky Broadband Superfast could help fuel your passion.