Watch: Atlanta Falcons team up with Gridiron Heights for their 2021 schedule release video 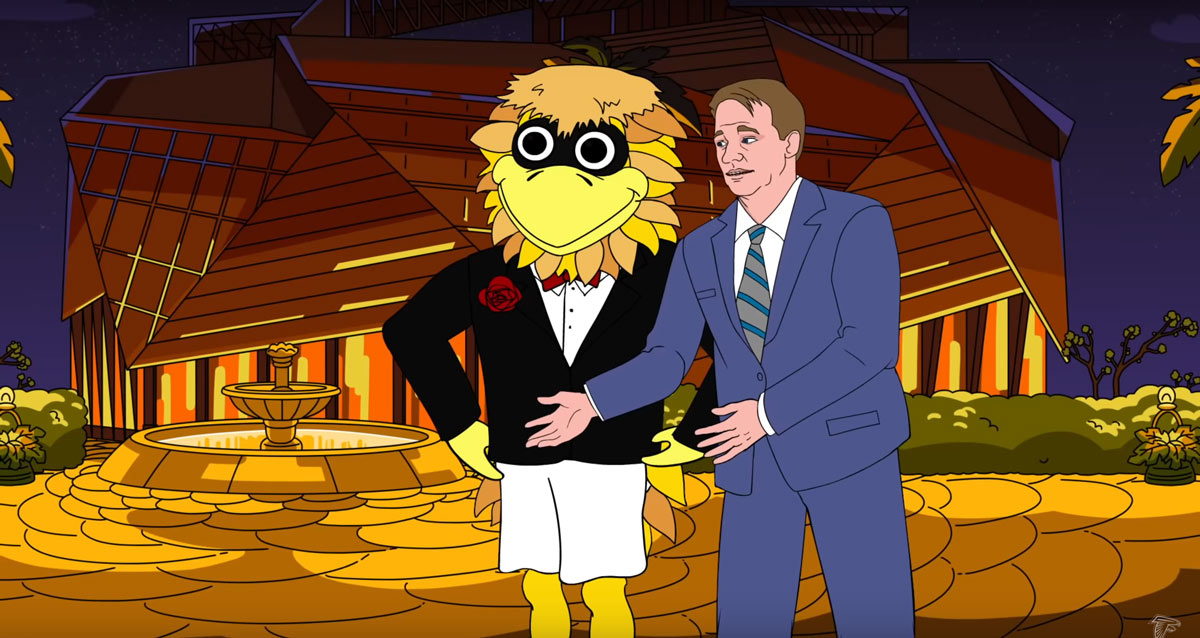 The Atlanta Falcons set a high bar when, back in 2019, they produced a short schedule release video in the style of the Game of Thrones opening credits, poking fun at their rivals with little details and Easter eggs scattered throughout. But they’ve arguably topped it with their 2021 video.

The Falcons digital content team worked with Bleacher Report, the creator of the popular Gridiron Heights comedy web series, to produce their own Gridiron Heights special. The two-minute animation, a Bachelor parody, features NFL Commissioner Roger Goodell introducing Freddie Falcon to the Falcons’ regular season opponents, poking fun at each team along the way. Tom Brady arrives on a boat, stumbling and tossing the Lombardi Trophy, then panics when Patriots coach Bill Belichick shows up, asking the players around him, “How do I look? Do I look like I won the break-up?” Saints coach Sean Payton, meanwhile, is locked out of the evening’s festivities and asks Jameis Winston for a “Swiss army knife”—a.k.a. Taysom Hill—to help him open a massive iron gate, a nod to the team’s unclear quarterback situation following Drew Brees’s retirement.

The special feels no different from a typical episode of Gridiron Heights—Belichick still wears the gray hoodie, Jacksonville rookie quarterback Trevor Lawrence speaks like a toddler (as all rookie players do on the series), and Gridiron fans may recognize the NFC East subway train from last winter’s Snowpiercer parody.

Give it a watch below—and be sure to stick around past the “credits” for one final jab at the Saints.

The Falcons kick off the 2021 season at home against Philadelphia on September 12 and end with the rivalry game against the Saints on January 9. Find the full schedule here.

The post Watch: Atlanta Falcons team up with Gridiron Heights for their 2021 schedule release video appeared first on Atlanta Magazine.