Men’s Wearhouse vs. Jos. A. Bank: Everything You Need To Know

Two retail stores that have managed to go beyond with their lines of formal clothing are Men’s Wearhouse and Jos. A. Bank. These renowned retailers have made shopping for nicer occasions immensely easier for men, and they are known for their comfort, quality, and impeccable style.

However, how do you know which retailer is better for your needs? While they both thrive when it comes to ties, dress shirts, and formal trousers, there are some key differences between Men’s Wearhouse and Jos. A. Bank that you should be aware of before deciding where to shop, whether it be for a special occasion or a simple effort to up your wardrobe. Keep reading for our comprehensive breakdown of everything you need to know about Men’s Wearhouse and Jos. A. Bank. 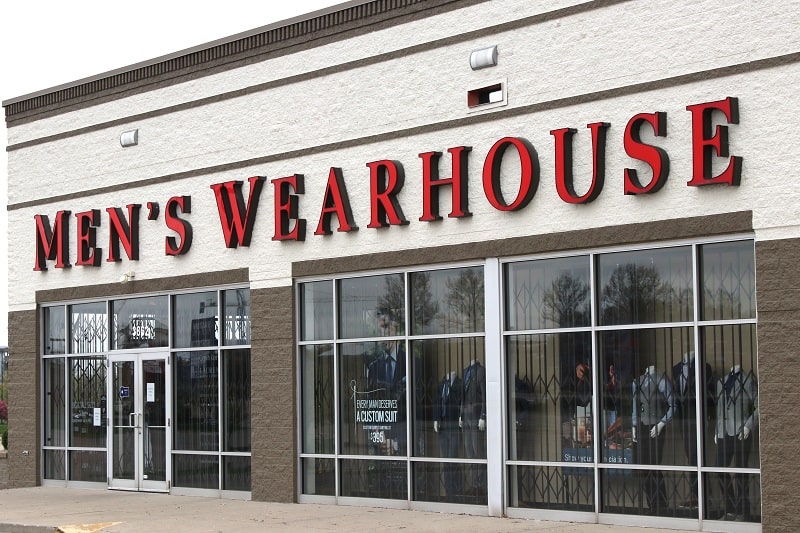 Originally founded in 1973 in Houston, Texas, Men’s Wearhouse quickly made a massive name for themselves as their clothing became more and more popular amongst the competition. Eventually, they became so successful that they ended up taking over several competitor brands. While they have expanded their variety, they definitely specialize in men’s formal wear, creating things such as blazers, dress pants, dress shirts, suits, tuxedos, and amazing ties. They have even breached the shoe market!

If you’re looking for something more casual, Men’s Wearhouse offers a sizable selection of t-shirts, polos, jeans, and various accessories. In addition to their own designs, they also stock clothing from brands such as Calvin Klein, Ralph Lauren, and Kenneth Cole. While they do offer a wide range of clothing for different occasions, most men turn to Men’s Wearhouse when they’re in need of something more formal for a special occasion rather than just everyday clothing. 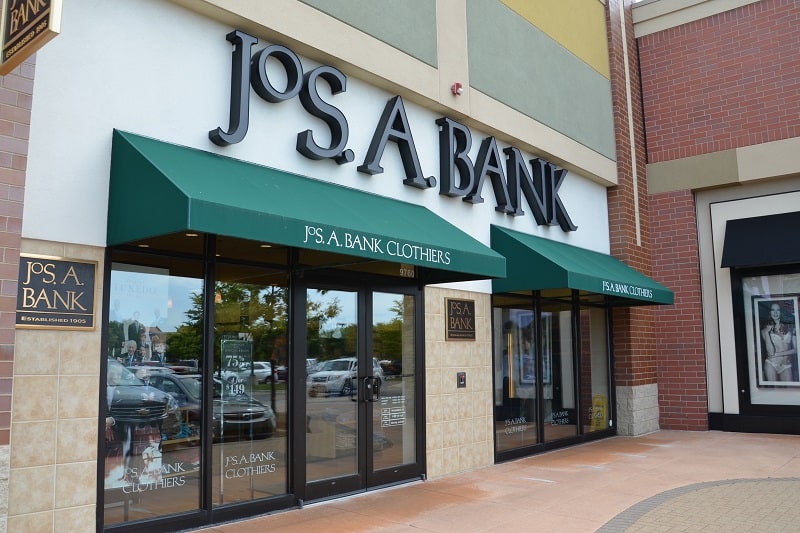 Jos. A. Bank is perhaps not as well known as Men’s Wearhouse, but it is definitely an equal competitor. This American brand coined a name for itself after gaining recognition for its quality off-the-rack and custom-made men’s suits. With over 200 locations, six tailoring centers, and three distribution centers, their reach is pretty massive.

Before they began selling directly to customers through retail, Jos. A. Bank first started off as a manufacturing company for men’s clothing. It wasn’t until after WWII that they decided to move into direct sales due to the shortage in men’s tailoring companies. After a long journey of success and prominence, Jos. A. Bank ended up merging with Men’s Wearhouse due to financial incentives. 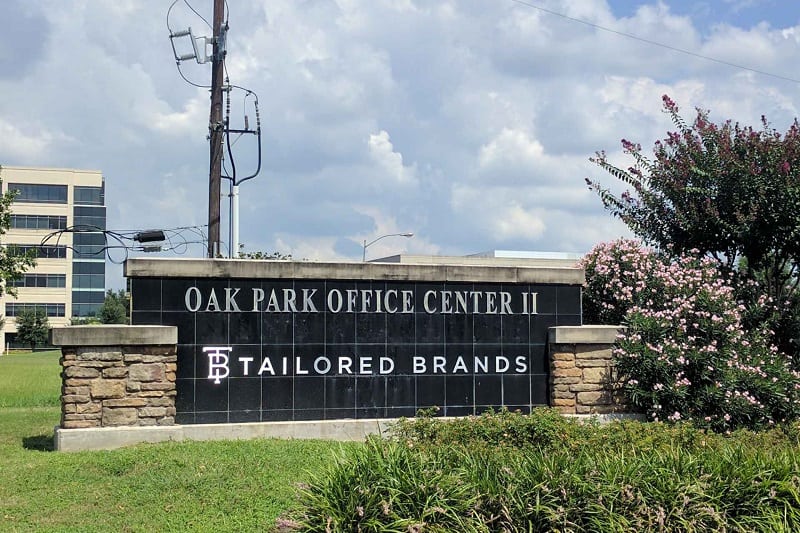 Pretty much everything under Tailored Brands places their focus on formal wear attire, yet each brand has its own unique touch and twist. For example, Men’s Wearhouse uses outsourcing to stock brands such as Ralph Lauren and Kenneth Cole, while Jos. A. Bank specializes in customization and fabricating their suits solely for retail stores. While both brands have their own niches, there is little to no difference when it comes to management and quality due to the fact that they fall under the same parent of Tailored Brands.

Differences Between the Two 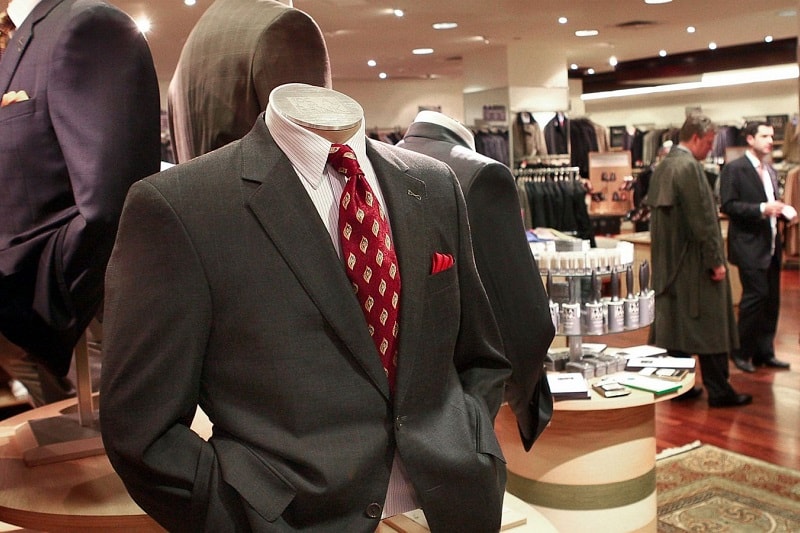 If you’re in the market for some new formal attire but are unsure of where to turn to, here are a few things to know about the differences that you might find between Men’s Wearhouse and Jos. A. Bank. When it comes to sizing, Men’s Wearhouse might have a bit more inconsistency between various suits, shirts, and pants due to the fact that they outsource from other brands.

However, being that these brands are pretty big names, they don’t tend to stray too far from pretty classic fits and sizing. This means that most of their garments will be a bit baggier or even pleated, rather than having the more modern, slim fit look. With Jos. A. Bank, expect to find similar sizing and style.

The main difference is that Jos. A. Bank provides top-notch tailoring and alteration services for those wanting to craft that perfect fit. If you’re someone who has trouble finding clothes that fit properly for your body type, then a suit from Jos. A. Bank might be the better option so that you can take advantage of these very cheap yet quality services.

In terms of quality, both Jos. A. Bank and Men’s Wearhouse are very closely aligned, though there are some slight differences. Since Men’s Wearhouse carries different brands, the quality of what they sell is dependent upon the brands themselves, meaning they have no control over the quality of those specific items. However, this also means that if they’re outsourcing from a brand that is known for producing the best of the best, then you’ll ultimately end up with clothing that is of pristine quality.

Since Jos. A. Bank offers amazing alteration and tailoring services, one might be able to say that their overall quality is a bit better simply because of that fact alone. They actually design part of nearly all of their clothing items with extra layers of fabric in order to make these alterations that much easier, which inherently increases the quality of their formal wear. On top of that, most of their suits are made from 100% wool, giving it a comfortable and soft feel that you won’t tire of after a long day of wearing it.

Basically, you can’t go wrong with either retailer, however, you will find better options at either one depending on what you are prioritizing and looking for. If you’re wanting to be able to shop for both formal wear and more casual clothing, Men’s Wearhouse will provide you with more variety.

If you’re looking to invest a bit more time and energy into having the perfect suit, then Jos. A. Bank is sure to make that happen. However, if you are feeling torn between the two, there is no harm in going to one of the many storefronts of both retailers and trying them on in person to know for certain what you prefer.

The post Men’s Wearhouse vs. Jos. A. Bank: Everything You Need To Know appeared first on Next Luxury.